The World Poker Tour is pulling into the home stretch of its final event on the Main Tour for the 2019 calendar year. The WPT Five Diamond World Poker Classic at the Bellagio in Las Vegas is down to its final 22 players, with each table filled with tough competition and newcomers looking to make a name for themselves. Leading the way will be one of those veterans of the “High Roller” wars, Seth Davies, who pulled into the lead on Thursday and rides the best chip stack ahead of Friday’s Day 5 action.

Working Their Way to a Champion

81 players came to the felt Thursdayafternoon, looking to work their way closer to a champion. For the second dayin a row, T. K. Miles held the lead, but there were a host of top professionalssuch as Jonathan Jaffe, Eric Afriat and defending Poker Player of the Year AlexFoxen all arranged behind him looking to take him down. While everyone wasguaranteed a payday of $21,940, they also wouldn’t be happy unless they grabbedthe brass ring of the championship and the $1.6 million-plus payday.

Per usual after the call to “shuffle upand deal,” there was a rush of players looking to double up or go home. AlexGreenblatt hit the doorway early, his pocket tens bucking up against DanielStrelitz’s pocket Jacks, to be the first elimination of the day. He was quicklyfollowed by Blake Bohn, Kitty Kuo (cruelly eliminated in a cooler by TimeCramer, his pocket Aces calling her all-in with pocket Jacks) and Strelitzhimself, victimized by Daniel Elias’s pocket Kings in another cooler for Strelitz’spocket Jacks. 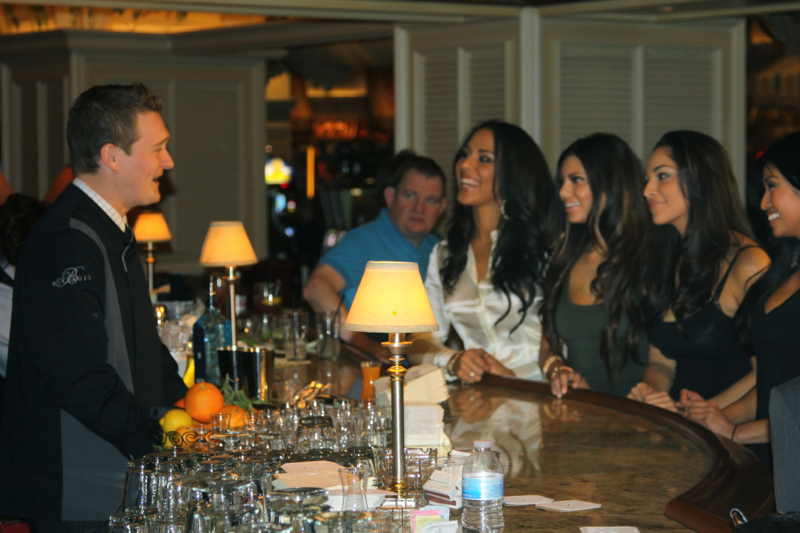 The news would also not be good for DanielNegreanu. In for at least two buy-ins for this event, Negreanu worked his way deepin the event before running up against Michael Wang. Negreanu’s A♥ Q♥ wasfacing a tough fight against Wang’s pocket Kings and, although Negreanu wouldpair his Queen on the turn, he wouldn’t find another lady or an Ace to save himas he departed in 62nd place.

And this was all in the first level ofaction for the day!

Davies would take command of thetournament in a hand during the early evening hours. Going up against Jaffe,Davies would open up the action before Jaffe three-bet him from the cutoff.Davies made the call and the K-7-6 flop hit the baize. Both men would check tosee a third heart come on the river in the form of the 4♥. Davies now came tolife, firing out a bet of 300K and Jaffe called to see a 9♣ on the river. Davieswould let the Action Clock nearly hit zero before tossing in an extension chip,then followed that up with a massive 1.5 million chip zinger. That was too richfor Jaffe, who also used an extension before folding his hand.

The conflagration between Davies and Jaffe saw Davies nearly crack the four million chip mark and he would stay on the hunt after that point. By the time the field was redrawn for three tables (24 players), Davies had moved up to 4.6 million chips and crack the five million mark by taking chips off of Afriat right before the end of the night. That hand made Davies the only player over the five million mark and solidified his lead heading to Day 5 action on Friday.

The interesting player in the Top Ten is Rheem. A three-time champion in WPT history, if Rheem were to get the mojo working again in this tournament and take it down, he would tie Elias for the most tournament championships in WPT history. He has some work to do to even make the final table, as do players out of the Top Ten like Afriat (1.6 million), Kevin MacPhee (835,000) and Miles, who will be on a shortish stack of 575,000 at the start of action on Friday.

Today could be either a quick exercise in getting down to the six-handed WPT final table or a marathon session. Taking the field from 22 players to the final six is going to be arduous either way, as it should be when the players are battling over a $1.6 million-plus first place prize. The action will begin again at noon on Friday as the WPT looks to crown their next champion.